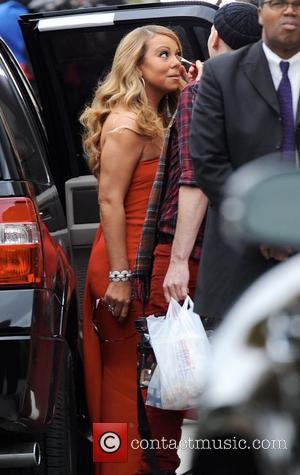 Forget husband Nick Canon, there was someone else that Mariah Carey was sharing a romantic bubble bath with on Valentine’s day – her pup Jill E Beans! (See what she’s done there with her name?)

In fairness to Carey, the bath was actually meant for Nick, but whilst she was waiting for him to arrive (and tweeting pictures of herself doing so) she was interrupted by the surprise visitor. “Aaaah! Jill E Beans leaps to the tub In hopes of a splash champagne - whhhhhy?!” Carey wrote on Twitter, although to be honest on the accompanying picture she looked a lot happier than her pet, who looked like it was severely regretting its decision to dive on in.

Anyway, after all of that Mariah did eventually get out of the tub – and we presume Nick was there for a bit of it – because she then posted a pic of the pair of them ready to go out in New York. Mariah has the uncanniest knack of being able to look like she’s in the 1990’s no matter what year it is, and so it proved again as she wore her hair back in a ponytail, looking adoringly at her husband of a year. After that they went out for a ride in a horse drawn carriage through Central Park, before arriving back home where, Carey showed us, her bed had been covered in petals. Awww. We wonder if the dog interrupted that scene too. 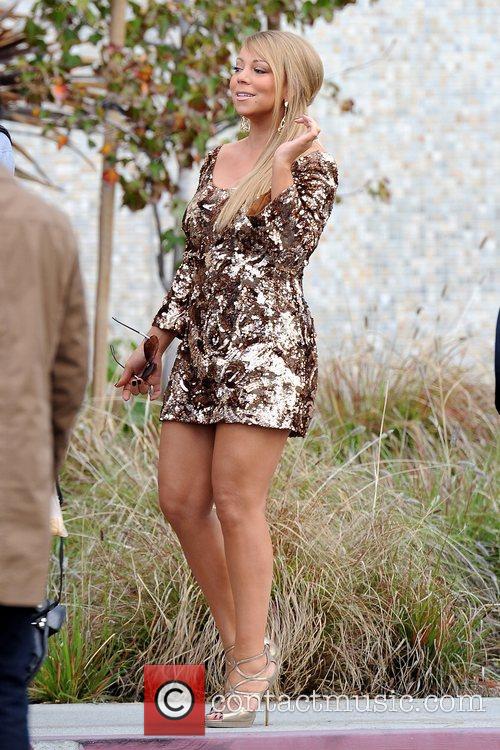