Carey Wants To Move On From Glitter 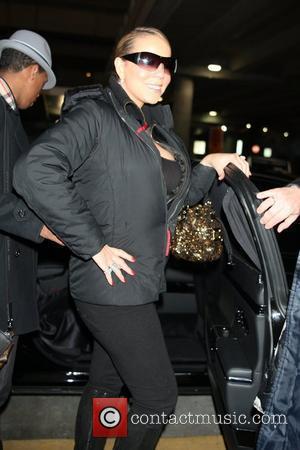 Mariah Carey hopes her performance in new movie PRECIOUS will stop people talking about her critically-mauled debut in 2001's GLITTER.
The superstar's role as a wannabe singer earned her a Razzie Award 'win' and the film flop has been ranked one of the worst films ever made.
Eight years on, Carey - who plays a social worker in Precious: Based on the Novel Push by Sapphire - hates the fact she's constantly reminded about Glitter - because it wasn't her fault it turned out so bad.
She tells Time Out New York, "It just gets annoying when eight years later, they’re like, 'The Glitter star, da-da-da.' I’m like, 'Yeah, you’re current.'
"There have been worse movies. And I’m not sticking up for that movie. ’Cause it wasn’t my thing. I didn’t create it. But I do think the soundtrack is good."
Carey's performance in Precious has earned her praise from movie critics and she scooped the Supporting Actress of the Year accolade at the 14th Annual Capri Hollywood International Film Festival in Italy on Monday (28Dec09).