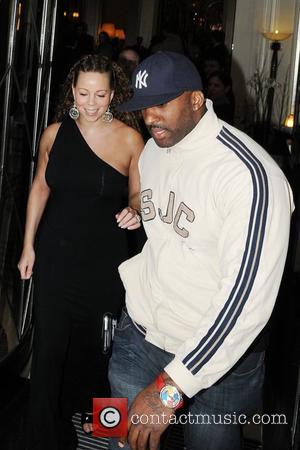 Mariah Carey has been inundated with Twitter.com messages from a man pretending to be her husband Nick Cannon - after the impostor took charge of the rapper/actor's old account.
Cannon, who celebrates his first wedding anniversary with Carey on 30 April (09), decided to change the name of his profile on the social networking site - but he soon found out that his old account was being used by a hoaxer to contact the Hero hitmaker.
He says, "I switched my account name over to @NickCannon on Twitter recently and I just found out my old name @NickCannon4Real is now being used by an impostor. The fake is even sending messages to my wife. Hilarious."