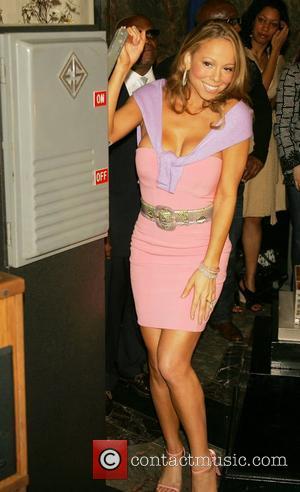 Picture: Mariah Carey attends the lighting ceremony at the 'Empire State Building' where the tower will shine lavender, pink and white in honour of her new...

She believes that the two could become confused, to her detriment, and has instructed her lawyers to threaten legal action if Mary Carey fails to withdraw her trademark application.

Sadly for Mariah, it seems that Mary is unlikely to give up her claim to the name so easily.

"I think she's being silly," she added.

While Mariah's pop CV includes 17 US number one hits and 11 studio albums, Mary's back catalogue is almost exclusively x-rated.

Titles like Thumpin' Melons, Big Blowout and Grand Opening make plain their rather adult content  an association with which Mariah is extremely keen to avoid.