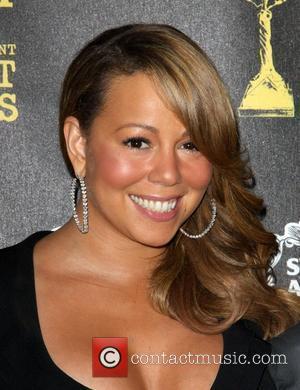 A representative for Mariah Carey has shot down reports the superstar is expecting her first child with husband Nick Cannon.
The Hero singer sparked pregnancy speculation at the Independent Spirit Awards in Los Angeles on Friday (05Mar10) when she told reporters, "I have a lot of new acting projects coming up... But there's also something else very special on the way. I can't say any more."
Carey then fuelled the rumours when she reportedly refused to drink at an afterparty.
But a spokesperson for the pop star has quickly dismissed the speculation, telling GossipCop.com there's "no truth" to the pregnancy reports.