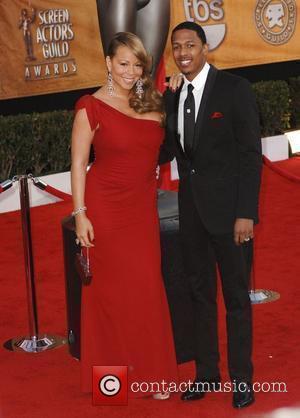 Mariah Carey has recorded backing vocals for the fictional band husband Nick Cannon has created for upcoming TV movie SCHOOL GYRLS.
The singer also helped Cannon write songs for the teen trio in the film, but didn't want a part in the project, which debuts in America on 21 February (10).
Cannon tells TV Guide magazine, "She's all through it. Mariah actually helped me write the script... and if you listen closely, she also sings backup in the last song."