The resemblance between the two women is uncanny.

Margot Robbie proves her adeptness at the art of disguise with her new role as disgraced 90s figure skater Tonya Harding in the forthcoming sports biopic 'I, Tonya'. She has been shooting the new movie in Atlanta as both the star and a producer. 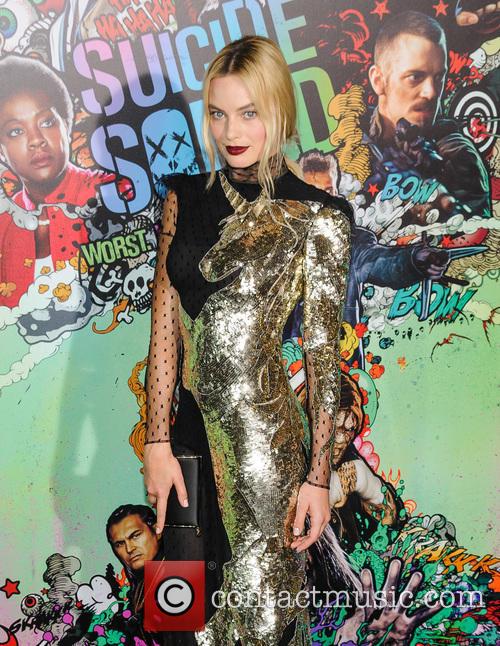 Margot Robbie to star in 'I, Tonya'

Tonya Harding is a stark contrast to the actress' glamour roles the likes of Naomi Lapaglia from 'The Wolf of Wall Street' and Harley Quinn from 'Suicide Squad'. In recent images released from set, Margot has been donning an extremely convincing fat suit, with her blonde hair styled into a curly frizz with combed bangs.

The film follows the downfall of Harding's skating career; how she was ousted from the US Figure Skating Association after her then husband Jeff Gillooly and bodyguard Shawn Eckhardt hired hitman Shane Stant to severely injure rival skater Nancy Kerrigan's leg in 1990 so that she wouldn't be able to compete at the 1994 Winter Olympics.

Fortunately, Nancy recovered enough by then and subsequently won the silver medal at the Olympics, while Harding landed eighth place. As a consequence to her failing to report her knowledge of the attack before it took place, Harding was stripped of her 1994 USFSA Championships title, and banned from the association and the 1994 World Figure Skating Championships. She also got three years probation, community service and a hefty fine.

The movie has been directed by Craig Gillespie ('The Finest Hours', 'Million Dollar Arm') with a screenplay by Steven Rogers ('Kate & Leopold', 'P.S. I Love You'), and it also stars Sebastian Stan, Allison Janney and Paul Walter Hauser.

Margot had little experience in the realm of figure skating before signing on for the movie, though she did enjoy ice hockey for a time when she was younger. She trained with Emmy Award winning ice choreographer Sarah Kawahara for the role, a professional who has also worked on the movies 'Blades of Glory' and 'Go Figure'.

The actress is also rumoured to play trapeze artist Lillian Leitzel in a future film, while the other projects she has coming up are 'Gotham City Sirens' in which she reprises her role as Harley Quinn, the untitled A.A. Milne project where she plays the author's wife Daphne Milne, Vaughn Stein's crime thriller 'Terminal', and she will also lend her voice to Chris Miller and Tim Minchin' animation 'Larrikins' as well as 'Peter Rabbit'.