The ‘Tarzan’ actress got her red-haired Englishmen mixed up during a night out in London last year.

Australian actress Margot Robbie has revealed her embarrassment after she mistook Prince Harry for fellowed flame-hair Englishman, Ed Sheeran. Robbie was pictured in a photo booth with Harry, alongside celebs including Cara Delevingne and Sienna Miller at Suki Waterhouse’s Christmas bash last year, but the actress thought she was just posing with pop royal rather than the fifth in line to the throne. 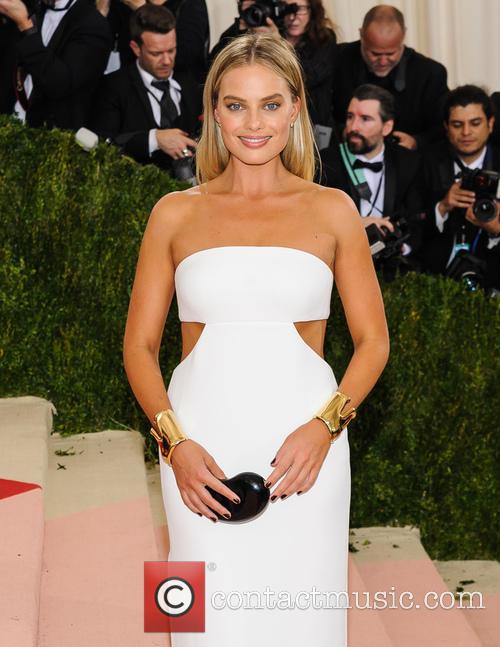 Speaking to The Sun Robbie said: “Everyone now thinks if they come on a night out with me in London they’ll bump into Prince Harry. But I didn’t even know who it was. I’d had a drink or drinks. I thought I was hanging out with Ed Sheeran.

“I was thinking ‘Ed’s a really cool guy’. I’m going to take some pictures with him.” When then asked if Harry took the mix-up well, she laughed: “Nope!” Robbie has been spending a lot of time in London recently, after filming movie The Legend Of Tarzan.

But luckily for Robbie she was able to enjoy herself in the capital, because she knew all eyes would be on her co-star Alexander Skarsgard. “I drank so much beer. I was living in London for the first time. I wanted to go everywhere and try every pub and restaurant and all that kind of stuff,” she said.

“I was just revelling in the fact I could eat whatever I wanted and he couldn’t. When I first saw Alex’s body my mind was blank and my jaw was on the floor with everyone else in the crew. People stopped working.

"Even the men were just like, ‘Whoa.’ It’s amazing. He worked so hard. I’ve never possessed the self-discipline to get in shape like that, I’m so impressed.”

Watch the The Legend Of Tarzan trailer below: