Margot Robbie doesn't want to be known for her looks

Margot Robbie says she wants to be known for her on-screen roles rather than her looks. 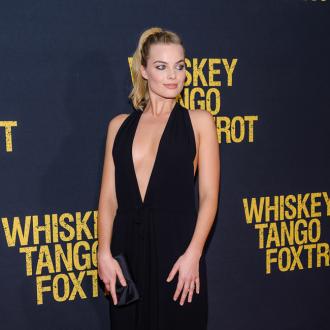 Margot Robbie wants to be known for her work rather than her looks.

The 'Suicide Squad' actress has made a name for herself in Hollywood since leaving Australian soap 'Neighbours' and Margot, 25, is more interested in interesting roles rather than looking glamorous onscreen.

She told Woman's Day: ''I want to keep looking for roles where the main interest will be in the character and her importance in driving a story forward, rather than her relationship with a male character.

''Films like 'The Wolf of Wall Street' and 'Focus' gave me a chance to play charismatic and clever women, even though they do have a glamorous side.''

Margot recently starred in 'Whiskey Tango Foxtrot' with Tina Fey and praised the comedian for her ''generous'' nature.

She said: ''We were kind of thrown together in the way our characters in the film get to meet, but Tina is such a wonderful person - so generous and friendly - that she made it very easy for me to feel comfortable.''

She has been cast in the biopic as the professional ice skater whose ex-husband Jeff Gillooly and her bodyguard Shawn Eckhardt infamously hired a man to try and break her rival Nancy Kerrigan's right leg at the 1994 US Figure Skating Championships in Detroit in an attempt to stop her competing at the 1994 Winter Olympics in Lillehammer.

Although the blow - which was struck above Kerrigan's right knee - did not result in a breakage, Kerrigan was left with a severely bruised leg and had to quit the national competition, which Harding went on to win.

The attack caused a media frenzy that was known as 'The Whack Heard Around The World'.

Kerrigan went on to compete at the Winter Olympics where she won a Silver Medal, whereas Harding finished eighth.

A director for 'I,Tonya' is yet to be hired, however, 'American Horror Story' actress Sarah Paulson has publicly expressed an interest in playing Kerrigan opposite Robbie as Harding.