She's actually been doing it for a while.

Here's something you probably didn't know about 'Suicide Squad' star Margot Robbie; she enjoys inking random tattoos on her friends as often as she can. Her latest victim is co-star Cara Delevingne, who volunteered to get a simple design on her foot from her fellow actress. 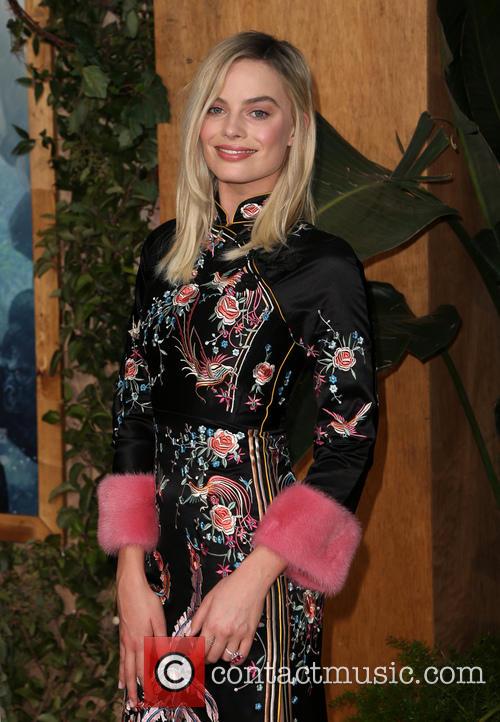 Cara Delevingne posted a shot on Instagram of Margot Robbie (in full Harley Quinn costume) tattooing the under sides of her toes. The shot no longer appears to be available on Cara Delevingne's Instagram page, but in its place is a shot of the pair of them showing off the finished result. Cara has a smiley face on each toe, while Margot - who has her leg wrapped around her friend - has a tongue face on her big toe.

Margot opened up about her antics on 'The Tonight Show Starring Jimmy Fallon'. 'We did 'toemojis', we were calling them, where we tattoo the bottom of our toes with little faces', she said. 'The thing about tattooing the bottom of your toes is it rubs off after a while so we have to keep re-doing them.'

The actress isn't exactly qualified to run a tattoo business, but that hasn't stopped her grasping every opportunity to whip out a needle. 'I don't know what the rules are but you can buy a tattoo gun on eBay. And as long as you've got someone who's willing to let you tattoo them', she continued. 'I've done almost 50 tattoos now. And I'm getting worse. I remember my first couple I was like, 'I'm really impressed with myself' but it's gone downhill since then.'

She recalls tattooing a little girl stick figure holding a balloon on her roommate when she first started. 'On my birthday, my friends were like 'What do you want for your birthday?' and I was like 'I just want to do more tattoos'', she adds.

Cara is no stranger to having foot tattoos either. On the underside of her right foot she has the word 'Bacon', and 'Made In England' on the bottom of the other.