Margaret Qualley finds it ''frustrating'' when people are ''dismissive'' of the climate crisis, because she says young people feel as though they ''don't have a choice'' when it comes to saving the planet. 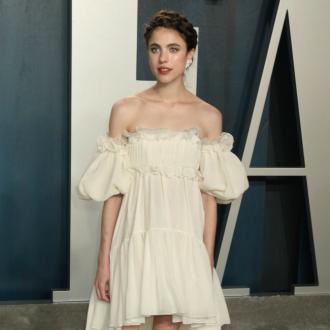 Margaret Qualley finds it ''frustrating'' when people are ''dismissive'' of the climate crisis.

The 25-year-old actress has been a climate change activist since she was in high school, and has said young people in particular feel as though they ''don't have a choice'' when it comes to saving the planet, because people who are ''barely affected by it'' aren't taking action.

She said: ''The younger generation is where the real change is coming from, because they are the ones who are having to deal with the impact, so it's frustrating when people whose lives are barely affected by it are so dismissive of these problems ... I would say that young people feel they don't have a choice right now. It feels very dire.''

The 'Once Upon a Time in Hollywood' star also reflected on her time as an activist in school, where she would ''put up signs of cows being slaughtered'', and sift through the bins to separate out items that could be recycled.

She added: ''I was not a popular kid. I used to put up signs of cows being slaughtered in my North Carolina high school and I would rummage through the trash in the cafeteria to separate recycling ... I'm definitely [climate] conscious and it's definitely something I think about. There are a lot of ways I could improve my lifestyle to accommodate my carbon footprint.''

And although she worries about climate change, Margaret feels ''lucky'' to be protected in Hollywood in the wake of the #MeToo movement.

Speaking to Hunger magazine's Future issue, she said: ''How lucky am I to be working at a time when there's care for people who weren't properly being cared for before.'' 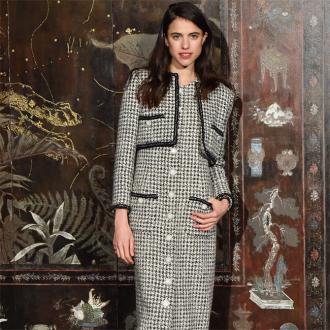