Marcus Nispel: I always stood by the decision to work with Jason Momoa

Marcus Nispel says he "always stood by the decision" to work with Jason Momoa just days after the 'Game of Thrones' star blasted the 2011 remake as a "pile of s***." 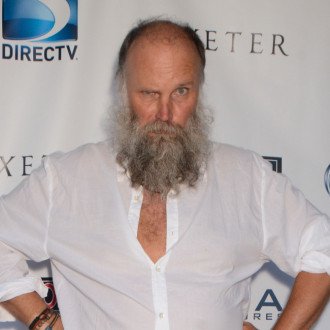 Marcus Nispel says he "always stood by the decision" to work with Jason Momoa.

The 59-year-old director cast the former 'Baywatch' star 43, in the title role of 'Conan the Barbarian' back in 2011 and spoke out after Jason said the fantasy film "sucked."

Marcus said: " As a filmmaker in this system you are a dog on many leashes. Trying to get Conan done under those circumstances was the worst experience that I had and I was as unhappy with the result.

"I am happy though that none of this got in the way of Jason's career path…I always stood by the decision to make Conan with him."

The acclaimed moviemaker - who is also known for his 2003 remake of The 'Texas Chainsaw Massacre' - went on to explain that it was a "pleasure" to give the 'Aquaman' actor his first leading role and joked that he paved the way for him to star in 'Game of Thrones.'

He told PEOPLE: "My friend John Milius once said: 'There is always a sense of defeat in every victory.' In regards to having had the pleasure and privilege of having given Jason his first leading part, I say: 'There can also be a sense of victory in a defeat."

Marcus's comments come just days after Jason described the movie - which was a remake of the 1982 hit starring Arnold Schwarzenegger - as having been "turned into a big pile of s***.”

He said: "I’ve been a part of a lot of things that really sucked, and movies where it’s out of your hands. 'Conan' was one of them. It’s one of the best experiences I had and it was taken over and turned into a big pile of s***."

Marcus Nispel: I always stood by the decision to work with Jason Momoa

The idea that Vikings arrived in America long before Christopher Columbus is a fascinating one....