Haters are branding it 'cultural appropriation'.

Fashion designer Marc Jacobs is facing massive criticism for his 90s-inspired New York Fashion Week show yesterday (September 15th 2016) which took place at the Hammerstein Ballroom, after using a lot of white models wearing fake dreadlocks. Many are branding it cultural appropriation of the rasta culture. 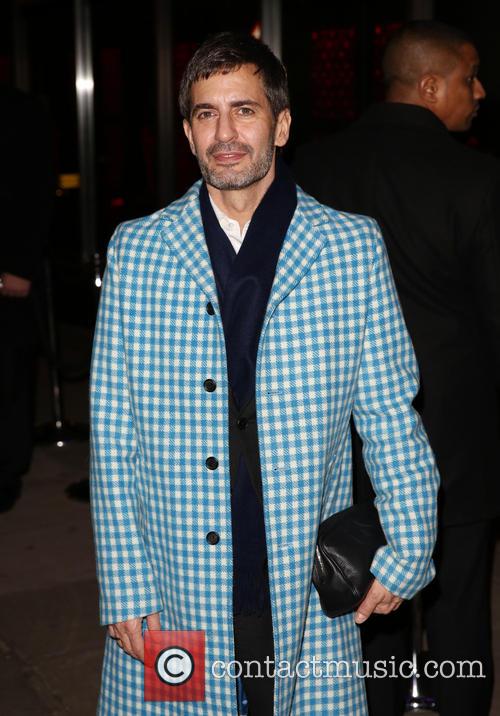 There were platforms, metallics, animal print, high socks and sports jerseys - hugely reminiscent of the 90s. But there was one element of the whole Marc Jacobs bonanza that has seriously divided opinion; the multi-coloured faux dreadlocks.

Despite the fact that the look was actually inspired by trans director Lana Wachowski (who is always seen sporting dreads of varying shades of pink and purple), people are furious that Jacobs is using 'cultural appropriation' to showcase his Spring/ Summer 2017 fashion looks.

The dreadlocks in question were hand-created and dyed by DreadsbyJena from Etsy, with guidance from hair stylist to the stars Guido Palau. They were dyed in all the colours of the rainbow and woven into nest-like beehives on each of the models' heads - among whom were Gigi Hadid, Bella Hadid, Kendall Jenner, Adriana Lima, Jourdan Dunn and Karlie Kloss.

The runway was a stark contrast to his Fall 2016 show, which had a more gothic/ carnival-esque theme; lots of black, white and grey among the feathers, furs and knits, as well as bold geometric patterns.

Palau has denied that the look was deliberately taken from the rasta culture. 'I don't really think about that. I take inspiration from every culture', he told New York Magazine. 'Style comes from clashing things. It's always been there - if you're creative, if you make food, music, and fashion, whatever, you're inspired by everything. It's not homogeneous. Different cultures mix all the time. You see it on the street. People don't dress head-to-toe in just one way.'

Marc Jacobs is yet to comment on the debacle.