Marc Jacobs believes staying at Louis Vuitton rather than moving to Christian Dior was ''probably best for everyone''. 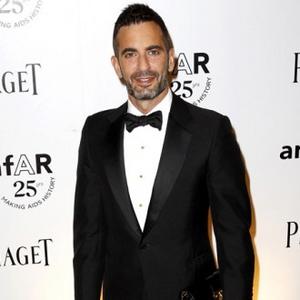 Marc Jacobs believes not moving to Christian Dior was "probably best for everyone".

The Louis Vuitton designer was linked with the top job at the French fashion house to replace the sacked John Galliano and although talks were held, Marc is happy for everyone that he will stay at Vuitton.

He told the Telegraph newspaper: "I am really happy and I do love working here. I just think there is so much more to do."

Asked if it was his choice, he said: "Well, it's a little bit more complicated than that, but we agreed that it was probably best for everyone."

Marc has a number of goals he hopes to achieve at Vuitton including releasing a new fragrance with master perfumer Jacques Cavallier-Belletrud in the near future.

He said: "I am very happy to be here. There is so much more left to do and building Louis Vuitton into a fashion company is something nobody else can say they really started.

"Perfume is something I wanted to do here since the beginning. I don't know when it will be launched but we are in the process of working on it - there was a perfume back in the Twenties, a very niche little thing."