Marc Jacobs would be ''honoured'' to work at Christian Dior, but would like to retain his current team of staff if he takes the position. 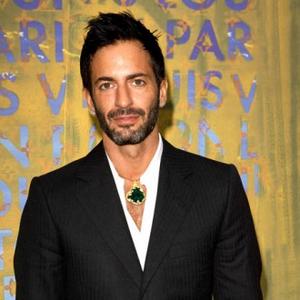 Marc Jacobs would be "honoured" to work with Christian Dior.

The designer has long been speculated as a replacement for disgraced John Galliano - who was sacked after being charged with racially abusing people in a Paris cafe - at The Fashion house and while he insists he is not currently thinking about his future, he admits he wouldn't say no if an offer materialised - but only if he could keep his current design team.

He told WWD: "I'm not thinking past today. I don't know what I'm doing about anything.

"It has nothing to do with salary. I mean, I'd be honoured to do Dior. But I work with a team, and I'd like to be able to keep working with them. I think it would be really exciting. I wouldn't be able to say no."

It was previously claimed Marc had had a string of meetings with Bernard Arnault, chairman of LHVH, the parent company of Dior, about the possibility of leaving Louis Vuitton to take up the position.

A source said recently: "The two have met often in recent weeks to discuss the matter.

"Jacobs, the current creative director of Louis Vuitton, renewed his contract with LVMH in January - and it is possible for him to continue in his current position even if he takes over Dior.

"More likely, however, is that he'll end up choosing between one of two. Arnault would prefer him to go to Dior - as the billionaire sees it; Jacobs' image will only be good for the fashion house, which was considerably shaken by the Galliano scandal."