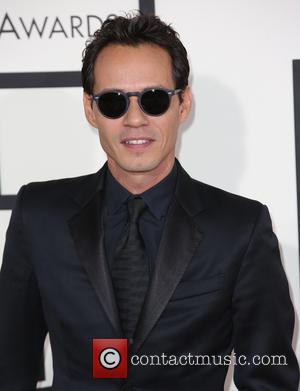 Marc Anthony has made Venezuelan model Shannon De Lima his third wife after exchanging vows in the Dominican Republic on Tuesday (11Nov14).

The couple, which became engaged in secret in March (14) after dating on and off for two years, wed during a ceremony at Anthony's residence in the luxury Casa de Campo beachside golf resort in the city of La Romana.

The nuptials took place hours after the singer's dad, Felipe Muniz, was denied entry to his son's home after security officials failed to recognise him.

Muniz reportedly threatened to skip the wedding and head back to his native Puerto Rico if bodyguards refused to contact Anthony directly to confirm his identity. He was subsequently allowed access to the pad.

The marriage is the 46-year-old salsa star's third - he was previously wed to beauty queen Dayanara Torres and finalised his divorce from Jennifer Lopez earlier this year (14).

Anthony has six children from previous relationships, including twins with Lopez.