The 46-year-old singer recently explained why he considers himself "ugly," despite being married to model Shannon de Lima.

Although Marc Anthony has managed to steal the hearts of an array of sexy women, including his model wife model Shannon de Lima as well as his famous ex-love Jennifer Lopez, the 46-year-old singer recently revealed his father always told him he was "ugly" growing up. 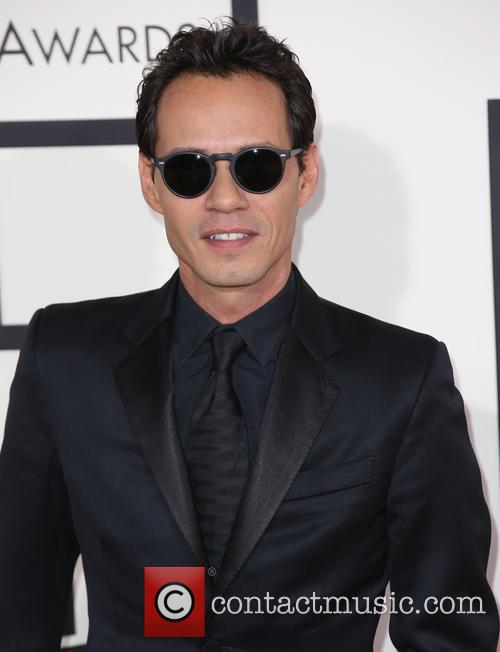 The surprising revelation came during an interview with Meredith Vieira on The Meredith Vieira Show on Tuesday, (Feb 24th) in which Anthony opened up about several personal topics, including his current relationship with Lopez and his father, Felipe Muñiz, always being brutally honest.

"My dad told me early on, he said, 'Son, we're both ugly,'" the Grammy-winning artist told the host. "I swear to God, he says it to this day. And he goes, 'You work on your personality. It builds character.'"

This rather odd conversation came up after Vieira asked Anthony how he was able land such a beautiful model [Lima], who he tied the knot with this past November. "It's just marketing. I am just great at marketing. I was born with this mug piece - I'm skinny and stuttering," he explained.

But Anthony assured his father's offensive remarks never caused upset, "because I was born looking at his face and he was right," he said.

And when talking about Lopez, who is the mother to his twins, Max and Emme, the 'Rain Over Me' singer said they are on good terms and even revealed he helped the 45-year-old songstress write her very personal memoir 'True Love.'

"I read many iterations of it along the way. We are close that way and we trust each other," he said. "I was proud of her [for writing the book]. I know what it takes and I know her very very well. I just did everything in my power to be supportive of her, I was really really proud of her only because I know what it took for her to open up like that."