Marc Anthony and his ex-wife Dayanara Torres have reached an agreement concerning the amount of child support he should pay. A judge has ordered Anthony to pay double the amount agreed upon when they divorced in 2004.

Marc Anthony has been ordered by a judge to pay his ex-wife, Dayanara Torres, $26,000 a month in child support. This is double what was initially agreed when the two separated in 2004. They have two children together, sons Cristian (aged 13) and Ryan (aged 11). Whilst the amount may seem excessive, it was a compromise to the amount Torres was demanding, approximately $123,426. 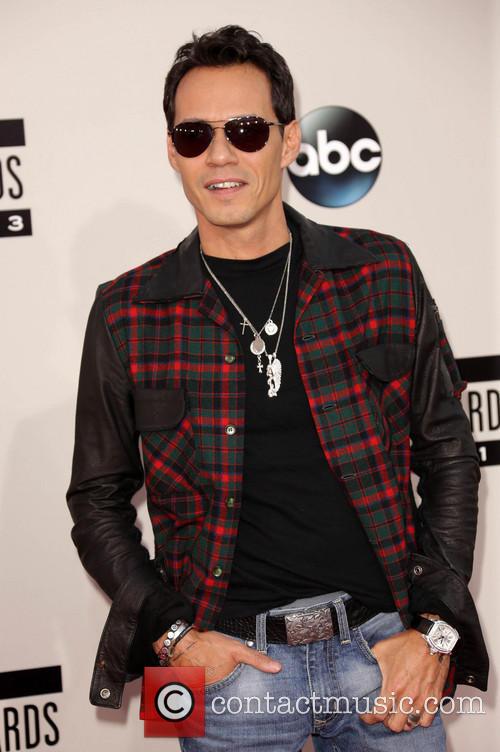 Marc Anthony will have to pay double the amount of child support.

Torres argued Anthony sees their sons very little and that her financial needs have changed since their divorce a decade ago. Anthony, who is also the father of a set of twins with ex-wife Jennifer Lopez, was ordered to pay the increased child support and an additional amount to pay for a nanny and housekeeper. 45-year-old Anthony will also cover Torres' legal costs which amount to approximately $70,000, according to E!

Anthony seems unperturbed by the recent legal developments and has seemingly been enjoying the company of more than one woman, or at least trying to. Reports in the NY Daily News claim Anthony recently attempted to pick up a British woman from a gas station in Long Island. The source claims a Bentley pulled up as the woman was returning to her car and the driver asked for her number. Upon being informed the driver was asking on behalf of his passenger, it was soon revealed the passenger in question was Anthony, who was seated in the back of the car. The source further claims "Three days later they went out on a date to dinner at an Italian restaurant. She [the unnamed British woman] thought he was a very nice guy, but isn't interested in going out with him again because she's tall and wants a really tall guy." Marc Anthony was previously married to Jennifer Lopez, pictured here in 2007 pregnant with their twins.

However, recent and more reliable reports suggest Anthony is dating model Shannon de Lima. The couple have dated previously but have an on-off relationship. In March de Lima announced they were back together and has posted a series of Instagram pictures ensuring her follows and Anthony's fans know they are most definitely an item.

Read More: Marc Anthony Cleans Up At The Billboard Latin Music Awards, Will He Be So Lucky At The 2014 Grammys?