Marc Anthony is reportedly set to marry his model girlfriend, Shannon De Lima, later this month in the Dominican Republic after quietly getting engaged in March. 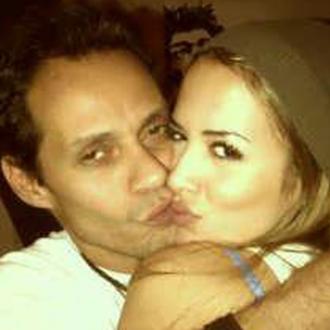 The 46-year-old singer, whose divorce from Jennifer Lopez was finalised in June following their split in 2011, is planning to wed his on-again, off-again Venezuelan girlfriend in the Dominican Republic in mid-November.

A source told Us Weekly magazine that the 'Vivir Mi Vida' hitmaker, who split from Topshop heiress Chloe Green in February after more than a year of dating, quietly proposed to the 26-year-old model, whom he first started dating in 2012, in March.

The brunette beauty, who has son Daniel, seven, from a previous relationship, recently hinted about her excitement ahead of their nuptials on Twitter, writing: ''Feliz comienzo de mes para todos. Que sea maravilloso!!! Besos,'' which translates to: ''Happy start to the month everyone. This is wonderful. Kisses''

Marc, who was married to 'Booty' hitmaker Jennifer, with whom he has six-year-old twins, Max and Emme, for seven years before their split, was also previously married to Dayanara Torres for four years until 2004.

He has sons Cristian, 13, and Ryan, 11, with the former Miss Universe, and also two adult children, Ariana and Chase Muniz, with ex-girlfriend Debbie Rosado.