Reports emerged on Tuesday of the incident, which reportedly happened at an event in San Antonio on Sunday.

Manu Bennett, one of the stars of The Hobbit movies and the TV series ‘Arrow’, has been arrested for assault after he reportedly punched a 29 year old male fan at a Comic Con event in San Antonio on Sunday (September 13th).

A police report, revealed by People, says that Bennett was taken into custody for “punching a 29 year old male during a disturbance at a party.” The report begins with stating that 45 year old Bennett was asked to leave the party at the Comic Con fringe event at the Grand Hyatt hotel in the city, after “he had too much to drink and was causing a scene.” 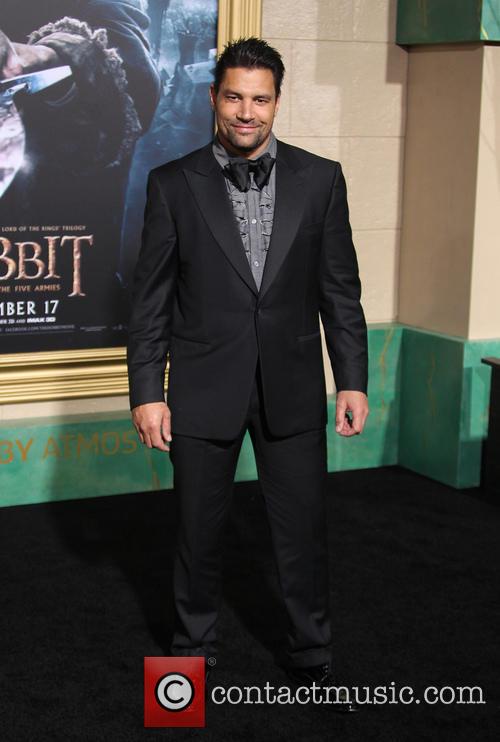 Actor Manu Bennett, who was reportedly arrested for assault at the weekend

A witness then told San Antonio police that the actor at first agreed to leave the event peacefully, but quickly refused to leave and then “picked up a chair in the air and was laughing at the situation.” After a few seconds, he put it down but then began staring at all the guests in the room, as if glowering at them and challenging them to stand up to him.

On his way out of the room, he stopped by his victim who was standing near the door, eyeballing him for several seconds before punching him in the nose, according to eyewitnesses.

More: ‘The Hobbit: The Battle of the Five Armies’ – movie review

Shortly after the incident, police went to Bennett’s room in the hotel to wake him up and question him about what had happened, whereupon they arrested him. He initially denied any recollection of the incident, but later told officers that he was defending himself.

Variety states separately that he was then released at around 1pm the same day, after a $1,600 bail was paid.

The actor, who portrays Azog the Defiler in The Hobbit trilogy, Slade Wilson / ‘Deathstroke’ in The CW’s ‘Arrow’ and gladiator Crixus in Starz’ ‘Spartacus’, was due to make an appearance at the Alamo City Comic Con event on Saturday and Sunday, according to the convention’s website.