The actor looks stern as Slade Wilson in a photo he took on the set of the show.

For five seasons now, 'Arrow' has managed to entertain audiences on US network The CW, making the DC Comics hero Green Arrow a household name and not just somebody that comic book readers were familiar with. 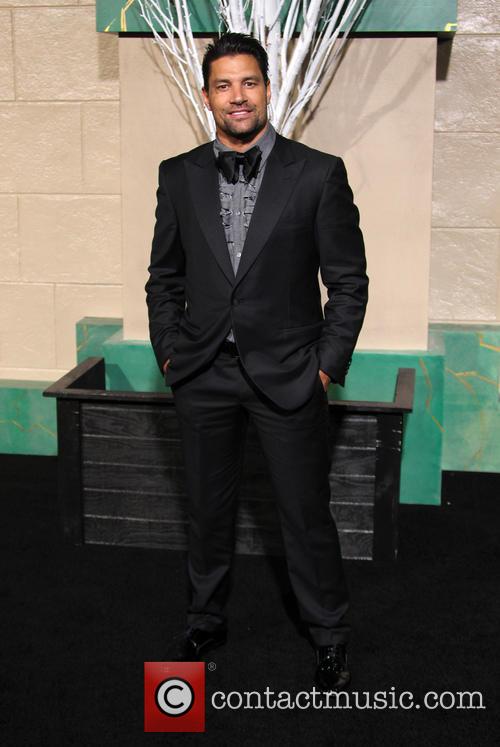 Delivering storylines that would succeed to varying degrees, one of the constantly brilliant parts of the show came whenever Manu Bennett would take to the screen as Slade Wilson, aka Deathstroke. Originally being a friend to lead character Oliver Queen aka Green Arrow (Stephen Amell), Slade turned into one of the small screen's most ferocious villains, even murdering Queen's mother Moira in front of him during season 2.

Since then, he engaged Oliver in a battle of the minds and physicality, eventually coming up short and being locked away on a deserted island, only to last season be called upon to help Team Arrow in one of their most challenging trials to-date.

With Amell previously confirming Deathstroke's return for the upcoming sixth season, Bennett has now been taking to his social media to tease his comeback, posting a picture on his Instagram account this week straight from the set, where he's in character and looking very serious. Check it out below:

After a fifth season that managed to reel back in those who were put off by 'Arrow' during its hugely different third and fourth season, expectations are high for the series' return this October. With the cliffhanger ending that put a lot of Team Arrow in peril, it's going to be interesting to see just who survived the explosion on Lian Yu and will live to fight on another day. I guess we can say Wilson made it off the island safe and well!