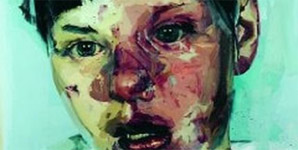 It's been a year since Richey James Edwards was officially declared as presumed dead and in a strange manner it seems fitting in the way that Manic Street Preachers have gone about compiling their ninth studio album. All the lyrics on 'Journal For Plague Lovers' have been written by Edwards himself, now 14 years old, at points the lyrics are sounding quite dated.

The album kicks off with 'Peeled Apples' it starts with a sample from The Machinist, which is followed by a Boom this is the Manics that we remember from 'The Holy Bible' it's a treat for the ears of any fans. 'Peeled Apples' has the hairs on the back of your neck stand on end.

This is what would have been the perfect second album (nothing against Everything Must Go) James Dean Bradfield seems to attack his vocals; every lyric is met with aggression, emotion and passion. The band sound like they did when they first started out. 'Me And Stephen Hawkins' is true genius and you know what happens to a lot of geniuses they all die young!

Now we have had some heavy, fast in your face track, it is time for a bit of reflection with the 'This Joke Sport Severed'. Manic Street Preachers are surely pulling at all of the heart strings. Just listening to the album feels so emotional so making it must have been impossible. Nicky Wire wanted to tell the world that they had made a colossal album but buried it. He said that would make a statement. That other artist would dare too. Maybe Mr Wire was glad that the band had completed the album but maybe wanted to keep it between the band.

The album comes to a close with 'Williams Last Words' and the statement was that Bradfield didn't seem suited to this one. A load of crap we all know that this is probably the hardest album that this trio have had to make. Emotionally this has been draining for the band but Nicky Wire took the task on vocals and it seems fitting that he did on what some call Richie's suicide note. Once the track has finished, don't think the album has, because there is a hidden track and the album finishes in the same way it started with 'Peeled Apples' The name of the hidden track is not known but it is Bradfield back on vocals.

It is said that Richie gave Nicky Wire a folder which contained drawings and the lyrics which are now on this album. He also made photo copies and gave them to James Dean Bradfield. It seems that Richie Edwards always wanted these to be released and fourteen years after his disappearance it has actually happened.