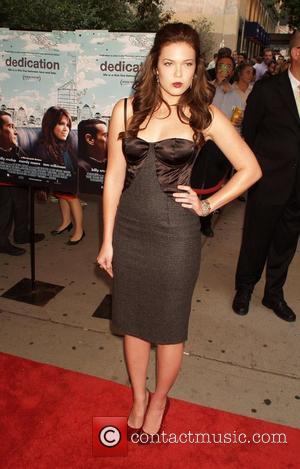 Singer Mandy Moore's mum has been caught up in a U.S. tabloid expose after the National Enquirer discovered she's romancing another woman. According to the publication, Stacy Moore left Mandy's father for tennis professional Claudette Laliberte, who she has secretly dated since 2006. The two women have reportedly set up home together. The tabloid claims the affair surfaced last year (07) after Laliberte's lover discovered emails between the two women. When quizzed about her relationship with Laliberte, Stacy Moore told the Enquirer, "It's nobody's business why we're together."