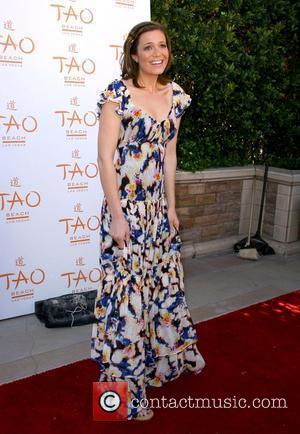 She continues to explain her confusion over the enforced reputation, saying: "I always thought it was funny; I remember dating someone once and when we first were starting to get to know each other, he was like, 'You're really Christian, like, you're really religious, aren't you?' And I was like, 'No, not at all, actually'. I think it was just the media. I think it was just this perception of me because I had done those film roles and I guess I was kind of quiet and there wasn't anything too scandalous about me and I was a pretty modest dresser."

Moore's upcoming album, 'Amanda Leigh', is set to be released on 26th June, 2009, and is now being questioned over the reputation of her husband, Ryan Adams. She added: "I always think there's more than to people than what meets the eye. I feel lucky because outside the little things - like some people see me as potentially religious - I think it's pretty accurate. Who I am and the reality is fairly close but I know that's not the case with everyone."

Finally stated: "I think that's the category that he (Adams) falls under, so I think, if anything, it further instils in me that what you see is not always what you get... He's wonderful. Hopefully, in due time, if people have an unkind idea of who he is, maybe one day that will sort of shift. I feel like an incredibly lucky girl because I get to spend my days with my best friend and he's a wonderful person and I really feel lucky that I get to learn and grow with him."