Mandy Moore has discussed the inspiration behind her new single, 'Little Dreams'. 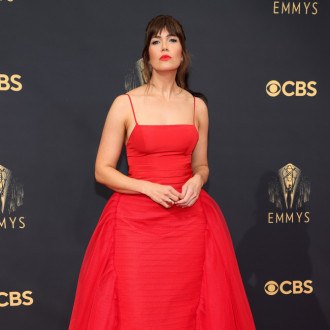 Mandy Moore's new single is a celebration of the "quieter, simpler moments" in life.

The 37-year-old star has released a nostalgic new single called 'Little Dreams', and she's explained what inspired her to make the track.

She said: "I wanted to write a song about how a life is comprised of these seemingly mundane moments that ultimately all piece together to form something greater.

"It’s about the little things we look back on with such nostalgia when we’re reflecting on a particular point in time: the walk you took with someone right after it had rained, or the drive when someone introduced you to a record that wound up becoming one of your favourites.

"It doesn’t always have to be about the flashy things that scream out to us - it’s all those quieter, simpler moments that are worth recognising and celebrating too."

Mandy released her debut album, 'So Real', in 1999. And although she's subsequently enjoyed success as an actress, she's always been keen to return to her musical roots one day.

She previously shared: "The last few records I had out were not successful. But it’s in me. Music is in me. I have to sing, I have to be onstage."

Mandy also admitted that she struggled to connect with some of her early hits.

The singer - who also plays Rebecca Pearson in the NBC drama 'This Is Us' - said: "Sometimes I really wrestled with songs.

"I didn’t like ‘Candy’ initially. I think I recorded it several times. But I remember thinking, I don’t connect to this song in a way I had with other songs that I was recording for that first album."