Malin Akerman To Star In This Is Where I Leave You

Malin Akerman and Jason Sudeikis are in talks to join the cast of Adam Shankma's ensemble comedy 'This Is Where I Leave You'. 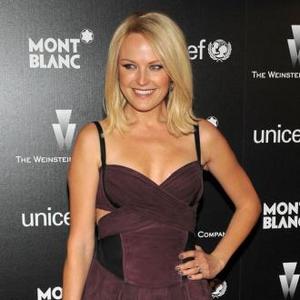 Malin Akerman and Jason Sudeikis are in talks to join the cast of 'This Is Where I Leave You'.

The pair will join an all star line-up in the ensemble comedy based on Jonathan Tropper novel of the same name, which is set to include Jason Bateman, Zac Efron, Leslie Mann and Goldie Hawn.

The author has written The Script which is based on Bateman's character whose undertakes his father's dying request to spend seven days following his funeral under the same roof as his dysfunctional family.

Malin would play Jason's wife whose affair with his boss, played by Sudeikis, goes public.

Goldie is being lined up as the dead man's wife matriarch of the family, with Leslie and Zac playing Bateman's siblings.

The movie is being directed by Adam Shankman, who has also recently worked with Malin on 'Rock of Ages', in which she plays a reporter covering Tom Cruise's character Stacee Jaxx.

She has also recently signed up to play Blondie singer Debbie Harry in 'CBGB', joining a cast including Alan Rickman and Rupert Grint in the movie which tells the story of New York City nightspot Country, BlueGrass, and Blues, and its impact on the underground music scene.