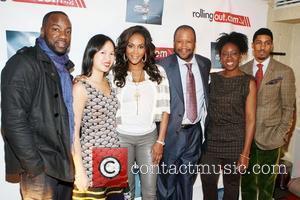 Actor Malik Yoba has separated from his actress wife CAT WILSON after three years of marriage.
The Why Did I Get Married Too? star admits he was stunned when Wilson phoned him to express her desire to take a break.
But Yoba is already readjusting to single life, and has moved out of the estranged couple's marital home in Los Angeles to return to his native New York.
He recalls, "I got a phone call. (She said), 'We should be separated.'
"I'm back in Brooklyn. I moved out of L.A. in January... (We were married) just three-and-a-half (years). It didn't last that long."
Yoba has three children, ages 12, nine and seven, from a previous relationship.