Norwegian band Making Marks took time out for an interview with us at their Oslo recording studio Six Foot Over. Keyboardist/vocalist Nina Bø, guitarist/vocalist Ola Innset, bassist Marie Sneve and drummer Jørgen Nordby talk about their influences, touring plans and their new album as they happily reunite after some time apart from each other.

'It is Ola who's my greatest influence as a musician because he taught me everything I know about playing the bass guitar', says Marie, who could only play the trumpet before meeting the rest of the band. However, there won't be much chance of discovering the band's musical progressions just yet as Jorgen admits 'we're not going to tour as much as we did in the past year' - though he did later add, 'If people want us to come, then we'll come'. Their new album, 'A Thousand Half-Truths', is due out on February 3rd 2014. 'We have a couple of songs in Norwegian now', says Jorgen. 'One on the album and also one we're going to release as a single... [People] are really curious to hear our language.' 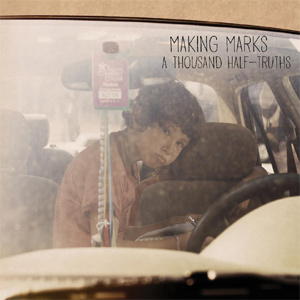