Make Model - The Was Video 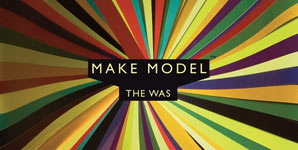 Make Model
The Was
Video

Check out the video for Make Model's new single The Was released through EMI Records on November 19th 2007.

Therapy music can be the best or worst on the planet. Cobble together a backing band from members of your rehab support group and mither miserably through your woes and you'll produce self-important dross worthy of David Gray on methadone. But if you exercise as well as exorcise your demons, if you plunge headfirst into your sea of troubles and drink, dance, roar, wriggle and scream your way to the other side, then you'll come out with an album of legend: a 'Funeral', a 'Nevermind', a 'Holy Bible'.

Thankfully for Lewis Gale, ex of Glasgow maths rock combo Fickle Public, and one of the founding members of Make Model, he took the latter option. Shaken up by the death of his younger brother and finding a well of emotional songwriting bursting out of him at the start of 2005, he made the thoroughly sensible decision to hook up with his technically-minded mate Gordon, drink beer, listen to Huey Lewis and Kiss, watch Flaming Lips DVDs and work through the sack of shit on his back in the manner of the thriving Canadian emo-art scene of Broken Social Scene and The Arcade Fire.

Following the release of their debut single 'The LSB' on their own imprint The Biz earlier this year, Make Model are preparing to ramp up the stakes with their second offering. 'The Was' will be their first release with EMI, out on November 19th. Coupled with their debut release, this track is something of a statement of intent - it's a hugely promising pointer towards what's to come with the band's debut album (due in 2008). The first single to be taken from the as yet untitled LP will follow early next year.


The band have been on a huge tour throughout October and November but can still be seen:

Make Model, The Was Video

Make Model, The Was Video Video 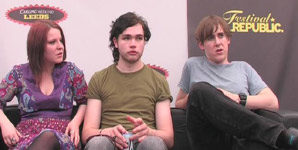 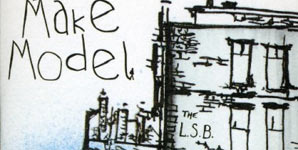