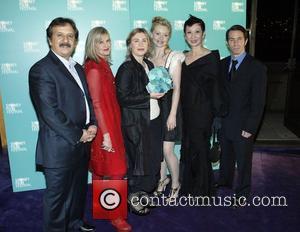 Iranian director Majid Majidi has boycotted Denmark's film festival Natfilm to protest the publication of satirical cartoons of the PROPHET MUHAMMAD in one of the country's newspapers. The Muslim film-maker, 46, was disgusted by the images which sparked global outrage after they appeared in Jyllands-Posten last September (05). In a letter to the festival director, he slammed their publication as "insulting", and announced his withdrawal of 2005 film THE WILLOW TREE, which was to have been screened at the popular event. Majidi writes, "I believe in God and live with my beliefs in every single moment of my life. I would like to protest against insulting any religious belief and icon. For this reason, I would like to announce my withdrawal from your festival. "Regretfully, a paper in your country has insulted the huge population of Muslim people and disrespected the boundaries of the holy sanctuaries of beliefs on the pretext of the freedom of expression." Festival director Kim Foss branded Madiji's withdrawal "regrettable", adding, "The festival aims to increase knowledge of other cultures and thus build tolerance and understanding between peoples of the world." Natfilm opens in Copenhagen today (24MAR06) and runs for 16 days.