'Boy Meets World' star Maitland Ward shows off her curvaceous figure in a skin tight red mini-dress as she signs autographs for her fans at the opening night of 'The Wizard Of Oz' held at the Pantages Theatre in Hollywood.

Maitland's last screen acting stint was on an episode of 'Rules of Engagement' in 2007. She starred as Rachel McGuire in 'Boy Meets World' from 1998 to 2000, having previously starred in 'The Bold and the Beautiful'. She also played Brittany Wilson in Keenen Ivory Wayans' 'White Chicks'. 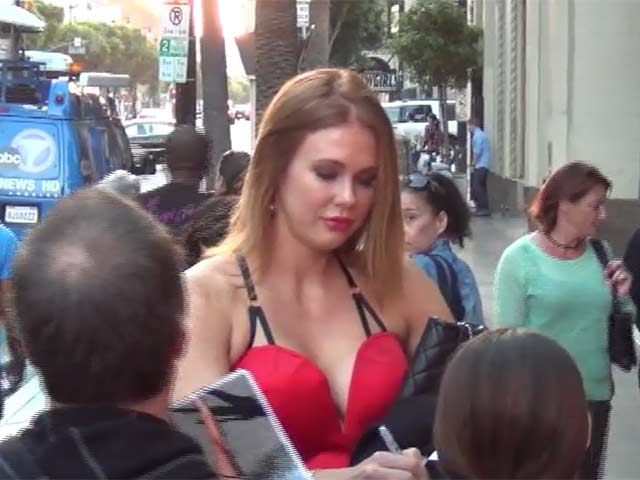