With 'Game of Thrones' making her a break-out success, Maisie Williams has taken her career in a new direction with the film 'The Falling'

The outspoken young actress Maisie Williams has become one of the most riveting stars of 'Game of Thrones', playing Arya Stark, the plucky survivor who isn't afraid of taking action with her sword. Now 18, Williams is making the leap to the big screen in Carol Morley's 'The Falling', the hugely acclaimed, artful drama about a fainting epidemic at a girls' school in 1969. 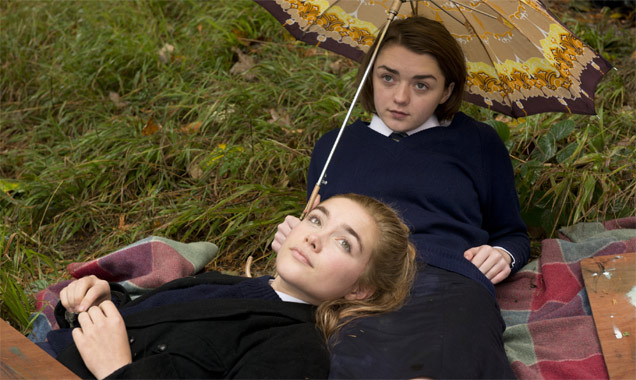 Maisie Williams in 'The Falling'

So why did she opt for something so offbeat rather than a big blockbuster? "I get sent loads of roles that are all action or moody teenagers. But the character Lydia was just very different to anything I've done before," she says. "Sometimes it feels like no one can get 'Game of Thrones' out of their heads. They think I just run around with swords, covered in mud and blood. It was lovely that Carol gave me the opportunity to prove I can do something else."

More: Read The Review For 'The Falling' Here

Her own school experience was almost as traumatic as what is depicted in 'The Falling'. "By Year 9, I hated it," she says. "I was doing 'Game of Thrones' and trying to fit in at school, catching up with my schoolwork. I was different, and being different doesn't go down well at secondary school! It wasn't necessarily bullying, just girls being girls. It could have been any girl and we all would have pounced."

Making 'The Falling' couldn't have been more different from 'Game of Thrones'. "All the actresses, we slept in one house together. It was just six, seven weeks of madness. I loved it," Williams says. "We even had fainting rehearsals! There were a few cuts and bruises, but nothing serious."