Earlier in the evening Kimmel announced the ‘Maggie Smith’ rule, which states you must be present to win.

Dame Maggie Smith won her fourth Emmy award last night and once again the British actress failed to turn up to collect her trophy. It was the ninth time Smith had been nominated for an award at the annual ceremony and she’s never once made an appearance. But this year host Jimmy Kimmel wasn't going to let her get away with it. 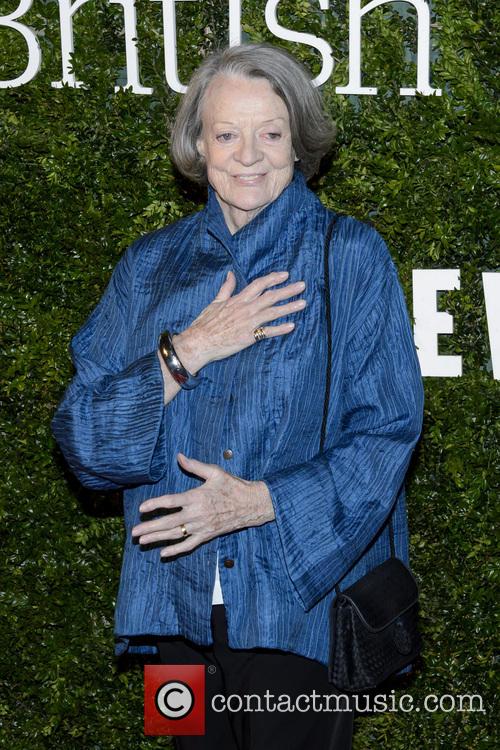 Maggie Smith has had nine Emmy nominations and four wins, yet she’s never attended a ceremony

During his opening monologue Kimmel called out the ‘Downton Abbey’ actress for her perceived lack of interest in the Emmy awards. “This year there's a new rule,” he began. “For the first time ever, you must be present to win. If we call your name and you're not here to accept, the Emmy goes to the next name on the list. It's called the Maggie Smith rule.”

Kimmel then joked that Smith had skipped the ceremony because she had a ‘Sunday ceramics class she couldn't get out of’. “When Maggie Smith hears she's nominated for an Emmy, she has the same reaction the rest of us have when we get one of those 20 per cent off Bed Bath and Beyond coupons in the mail. Right in the garbage,” he continued.

The late night talk show host also pointed out that Smith does turn up to other award shows including the Oscars and the Tonys. “I have a message for you lame Maggie Smith, if you're even bothering to watch,” he added. “If you want an Emmy, you better hop on a plane right now and get your dowager count-ass over here.”

More: The Lady In The Van Lets Maggie Smith Revisit An Old Role

Later in the night Smith was announced as the winner of the Outstanding Supporting Actress in a Drama award by presenter Minnie Driver, causing Kimmel to rush the stage. “No, no, no!” he he said before grabbing the Emmy out of Driver's hands.  “We're not mailing this to her.”

Turning to the camera while holding Smith’s trophy the host then said: “Maggie, if you want this, it will be in the lost and found.” Smith won the Emmy for her performance as the Dowager Countess, Lady Violet Crawly in ‘Downton Abbey’, which aired its final season earlier this year.

Maggie Smith, Jimmy's got your award in the Lost & Found #Emmys pic.twitter.com/PWdi8sLjmp