Downton Producer: 'Dame Maggie Smith Is Difficult To Work With' 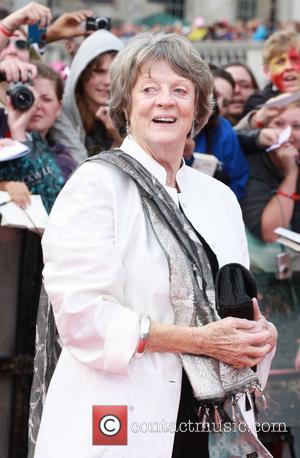 Actress Dame Maggie Smith can be "a handful" on the set of hit British TV series Downton Abbey and is "very difficult" to work with, according to a producer on the period drama.
The veteran star has won acclaim for her catty character Dowager Countess of Grantham, but U.S. executive Rebecca Eaton admits Smith is equally fearsome behind the camera.
Speaking during a recent screening of the show for American audiences, Eaton said, "Maggie Smith is a handful, it's true. She's very difficult. She knows her worth, and she's tricky on the set, but she delivers when the time comes."
However, Eaton remains a big fan of the Harry Potter actress, revealing it was her casting that sealed the producer's decision to join the show.
She recalls, "I heard that Maggie Smith had been cast to be in it and I thought, 'We have to do it'. Because she, like Judi Dench, like Eileen Atkins - there are a few British actors, if they're in, I want it because I just think they're going to be good."