Hit Period Drama Downton Abbey Will Receive A Special Award From The British Academy Of Film And Television Arts (Bafta) During A One-off Tribute Evening In London. 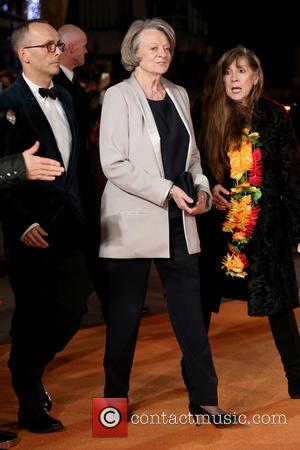 The British TV series, starring Dame Maggie Smith and Hugh Bonneville, has been recognised at award ceremonies in the U.S., including the Emmys and the Golden Globes, since it began in 2010 but has never achieved a major BAFTA.

To celebrate the global success of the show, BAFTA bosses have decided to honour the drama by holding a tribute evening during which the cast and crew will receive the honorary Special Award ahead of the final season's broadcast later this year (15).

Executive producer Gareth Neame says, "‎As Downton Abbey moves towards its conclusion with the final season this autumn, I speak for the entire cast and crew when I say how honoured we are that the Academy will recognise the show with this Special Award. Not only is Downton a much-loved show in Britain, it has had huge success in both the U.S. and right around the world, waving the flag for Britain and our creative content and that's why the BAFTA recognition means so much to us all."

The tribute evening will be held in London on 11 August (15) and broadcast on U.K. TV at a later date.