Man Arrested At Madonna's Home 'Believes He Is Her Lover' 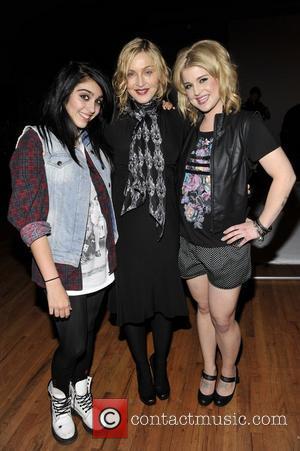 A man accused of breaking into Madonna's London home travelled from all the way from Poland to meet her and believes the superstar is his lover, a court has heard.
Grzegorz Matlok was arrested on Saturday (12Mar11) and charged with burglary after he was allegedly discovered in Madonna's Marylebone townhouse.
The 29 year old appeared in court in Westminster on Monday (14Mar11) and prosecutors claimed he had arrived in the U.K. from his native Poland just hours before the alleged break-in, and reportedly believes he is in a relationship with the Material Girl.
According to Britain's Daily Star Newspaper, prosecutor Punal Chopra told the court, “Mr Matlok, as he explained in his interview, has initially rung the doorbell, it has not been answered, so he climbed onto the balcony using a rope he brought with him.
“He entered bedrooms and bedclothes have been disturbed, particularly the bed belonging to the artist. He explained to police he had travelled from Poland with the specific intention of meeting the artist known as Madonna who he believes he is in an intimate relationship with.”
It was also revealed that a man was arrested at Madonna's former country home last year (10) and had allegedly tried on clothes belonging to her ex-husband Guy Ritchie.
Matlok was remanded in custody while psychiatric reports are prepared.