Madonna's directorial effort 'W.E.' will have its UK premiere at the London Film Festival in October. 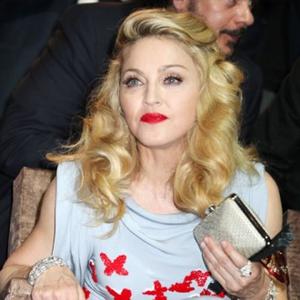 Madonna's 'W.E.' will have its British premiere at the London Film Festival.

The film - which gained mixed reviews from critics after a gala screening out of competition at the Venice Film Festival last week - will play at the event in October, as will George Clooney's 'Ides of March' starring Ryan Gosling.

Other movies to receive a UK premiere include 'Shame', starring Michael Fassbender, and Roland Emmerich's 'Anonymous', about the theory William Shakespeare did not write any of his plays.

'The Ides of March' premiere will take place on October 19 and is hosted by American Express, the headline sponsors of this year's festival.

Raymond Joabar, UK managing director of American Express, said: "We are excited to be hosting the UK premiere and gala screening of 'The Ides of March' on Wednesday October 19 and look forward to working with the BFI to raise the visibility of the Festival both in the UK and around the world."

Amanda Nevill, director of the British Film Institute, added: "With George Clooney directing and producing and a stellar cast, it promises to be a real highlight."

Madonna's 'W.E'. is a two tier tale about the relationship between US citizen Wallis Simpson and Britain's King Edward VIII and modern day woman Wally, and stars Andrea Riseborough and Abbie Cornish.

The London Film Festival runs from October 12 to 27.