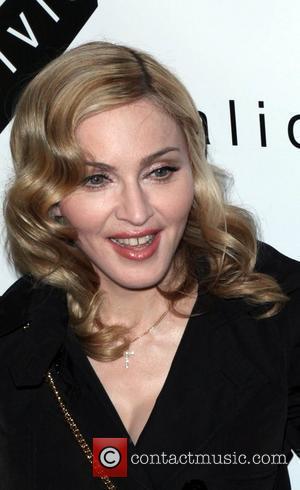 Madonna's former assistant is pleading with fans to shun a sale of memorabilia on eBay.com - after she lost the items when she fell behind on storage payments.
Melissa Crow, who used to work for the Material Girl, was storing the items - including photos of the superstar and a Polaroid picture of her holding a genitalia-shaped water pistol - at a facility in Chatsworth, California.
But Crow allegedly lost the rights to the goods when she fell behind on her monthly payments at the storage unit, according to the owner of the site.
An unknown bidder bought the items for just $150 (£100) at a blind auction on Sunday (25Apr10) and he's now selling them on eBay, reports TMZ.com.
And Crow has taken to several Madonna internet blogs to urge fans not to purchase the keepsakes.
The memorabilia also includes 17 journals, which Madonna allegedly wrote between 1988 and 1992, priced at $2.5 million (£1.6 million) - but Madonna's representative tells TMZ they are fake.