Madonna's 24-year-old boyfriend Brahim Zaibat has proposed marriage to her, but she has yet to give him a response. 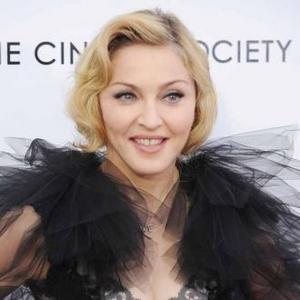 Madonna's boyfriend Brahim Zaibat has reportedly proposed to her.

The 53-year-old singer - who has been dating the 24-year-old French dancer since 2010 - is still considering her response, and although the twice-married star has previously said she would rather get ''hit by a train'' than marry again, she is giving it serious thought.

A source told the Mail on Sunday: ''Brahim asked Madonna to marry him at a Kabbalah Centre a few weeks ago, but Madonna hasn't given him an answer yet.

''She doesn't want to rush into anything. She is very happy with Brahim, although her friends are not sure she is ready for marriage again. That said, Madonna has a real fear of being on her own. It's a major issue for her, and she loves having a man in her life who is young and makes her feel young.''

She said: ''Every girl wants to be swept off her feet by a knight in shining armour. Even if we are sophisticated, intelligent, evolved human beings, we like to think in the back of our minds that Mr. Right is going to sweep us off our feet and take us into the sunset, and we're going to live happily ever after.''