Madonna has been voted the ultimate style icon of the 80s in a poll by British women recently revamped chocolate treat Galaxy Counters. 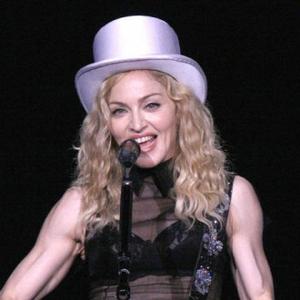 Madonna has been voted the ultimate style icon of the 80s.

The 'Material Girl' singer's dress sense - which was replicated by women all over the world - has been recognised in a poll of British females, which was carried out by the recently revamped chocolate treat Galaxy Counters.

She beat off competition Kylie Minogue and Debbie Harry and many of the trends Madonna spearheaded over two decades ago have since made a comeback, with leg warmers, Ra Ra skirts and chunky jewellery becoming popular once more.

Jacqui Thomas, Galaxy Counters spokesperson, said: "One in three British women say stonewash denim was one of the best trends to come out of the 80s and it has definitely made a comeback of late - although in a revamped design from its original form.

"Now another 80s favourite - Galaxy Counters - is making a comeback with a brand new look of its own. We hope it will join the list of favourite things to have returned from the 80s."

While Madonna's style in the 80s won plaudits, Cheryl Cole was named as the most stylish female of today, beating eccentric singer Lady GaGa into second place.