Madonna has won a lawsuit brought against her track 'Vogue', which claimed it contained an illegal horn sample. 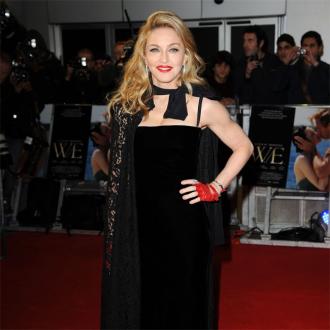 Madonna has won a lawsuit over her track 'Vogue'.

The 'Music' singer's 1990 track was subject of a court case brought by VMG Salsoul, who claim producer Robert 'Shep' Pettibone illegally sampled two horn hits from the 1983 track 'Love Break' by the Salsoul Orchestra, a track which was, in turn, a remix of their 1976 song 'Chicago Bus Stop'.

VMG Salsoul claimed new technology enabled them to prove the horns were a sample when they filed the lawsuit earlier this year.

The judge eventually decided it didn't matter whether the horns were a sample or not, as he ruled in Madonna's favour, saying the average listener would not notice.

Californian District Judge Beverly O'Connell said in her ruling: ''Having listened to the sound recordings of 'Chicago Bus Stop', 'Love Break', and 'Vogue', the court finds that no reasonable audience would find the sampled portions qualitatively or quantitatively significant in relation to the infringing work, nor would they recognise the appropriation.

''The Court finds that any sampling of the horn hit was de minimis (sic) or trivial.''

Defence Lawyer Richard Busch, acting on behalf of Madonna and Robert said: ''We are thrilled with the decision, and believe it is absolutely the right result.''