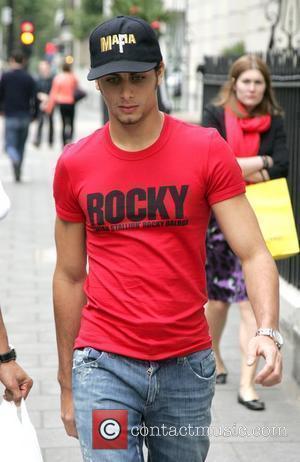 Picture: Madonna's boyfriend Jesus Luz pays homage to Italian culture, wearing a mafia hat and Rocky t-shirt, while out and about in London London, England -...

Madonna was making plans to take to the stage for a one-off performance with Michael Jackson at his 50-date London residency - and hasn't been able to stop crying since his death.
Despite a reportedly frosty relationship, following a planned duet that never materialised, Madonna was desperate to join the late King of Pop onstage at the 02 Arena in London.
The dates were due to start in July (09) and Madonna was all set to be a special guest, according to her manager Guy Oseary.
In a post on his Twitter.com blog, Oseary says, "A month ago Madonna told me she wanted to do a surprise performance at one of Michael Jackson's U.K. shows."
Jackson was pronounced dead at Los Angeles' UCLA Medical Center on Thursday (25Jun09) after suffering a fatal heart attack.
And Madonna has spoken out of her own personal grief after hearing of her most famous contemporary's demise - admitting she is devastated by Jackson's sudden death.
She says, "I can't stop crying over the sad news. I have always admired Michael Jackson. The world has lost one of the greats, but his music will live on forever! My heart goes out to his three children and other members of his family. God bless."
The Material Girl, who is the same age as 50-year-old Jackson, became the female equivalent of the Thriller superstar as they were propelled to phenomenal levels of fame in the 1980s.
The pair accompanied each other to the 1991 Oscars, with Madonna dressed in full Marilyn Monroe mode, famously leading a less-confident Jackson down the red carpet.
Rumours even suggested the pop supercouple was an item, but Madonna killed that story by romancing Warren Beatty.