It's the first time Madonna has seen Rocco since he quit her 'Rebel Heart' tour at the end of last year.

Madonna arrived in London today to be temporarily reunited with her son Rocco, as she prepares to hold resolution talks with her ex-husband Guy Ritchie over their custody.

The 57 year old star wrapped up her massive 82-date Rebel Heart world tour at the end of March, and has jetted into Heathrow on Thursday morning (April 7th) for showdown talks with Ritchie, whom she divorced in 2008.

They are embroiled in a high-profile custody battle over their 15 year old son stretching back to December last year. Rocco quit his mother’s tour entourage just before Christmas, apparently over an argument about access to his mobile phone, and went to London to live with his film director father and his new step-mother, Jacqui Ainsley, where he has been ever since. 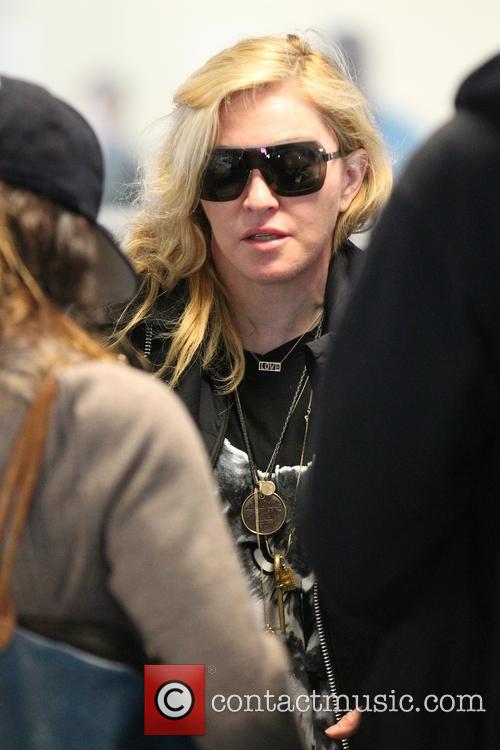 Madonna won an injunction to get Rocco to return to New York in time for Christmas, but he ignored the order and remained in the English capital over the festive period. The resultant custody battle has been raging in court in New York ever since, but a British judge recently advised Ritchie and Madonna to reach an “amicable solution” as soon as possible.

More: Has Rocco Ritchie hit out at Madonna during his Instagram debut?

However, Madonna has reportedly been hung up about the potential damage to Rocco’s education, and is unhappy with Ritchie and Ainsley’s decision to take him to the Maldives with them during term time recently.

According to a source speaking to the Evening Standard: “the most important thing for her is to make sure that her teenage son is happy, properly cared for and doing well at school.”

In a tweet she posted yesterday, the iconic pop star seems to be hopeful that her relationship with her son might improve in the near future, writing “YES! Good things are coming!”

The Queen of Pop spent some time in New York in late March, over Easter, with her other three children having not seen them in months due to the demands of her tour. She is a mother to two biological children – Rocco and 19 year old daughter Lourdes – and two adopted children, David and Mercy. However, she caught an overnight flight from New York to reach London by Thursday morning.

More: Madonna invites her 25 year old ‘toyboy’ to join her on ‘Rebel Heart’ tour of the Far East