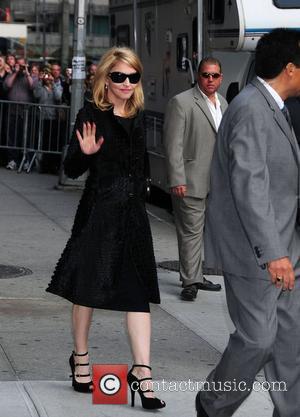 Madonna is the queen of Europe after taking her new hits album Celebration to the top of the continent's charts.
The compilation topples Muse's The Resistance to debut at the top of Billboard's European Top 100 Albums countdown.
Celebration tops album charts in the U.K., Germany, Italy, Ireland and Denmark and debuts at two in Spain, Portugal and Finland.
The album gives Madonna her 11th number one in her adopted Britain - equalling Elvis Presley as a solo artist and putting her four albums behind the Beatles.
The Muse album falls to two and Pearl Jam's new release, Backspacer, debuts at three.