Madonna to duet with Drake?

Madonna wants to duet with Drake on her upcoming album. 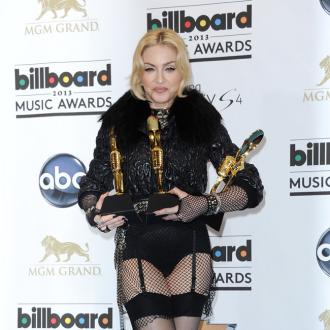 Madonna wants to collaborate with Drake.

The 55-year-old singer has confirmed she's started working on her new album, the follow-up to her 2012 'MDNA' soundtrack, and she'd love to have the rapper collaborate with her on one of the songs.

When asked if she's planning a new album, she said: ''Yes, plans are in the works already. Don't ask me with who - it's a secret. Top secret.''

When asked if she has plans to work with Drake, she told the Canadian Press: ''If he'll have me!''

Meanwhile, the 'Hung Up' hitmaker previously said she wanted to get in touch with Daft Punk because she wanted the electronic duo to help produce some of her tracks.

She said last year: ''I would love to work with Daft Punk. Just waiting for them to return my call.''

However, it appears Daft Punk told Pharrell Williams - who has worked with Madonna in the past - two years ago that they were also interested in collaborating with the energetic star.

Pharrell said: ''We were at a party for Madonna's last album and I was like [to Daft Punk], 'You guys should have produced this! Why did that not happen? Madonna and the robots would have been unbelievable!' They were like, 'We're working on something'.''