Madonna Takes Another Swipe At Gaga As She Plays Down Feud 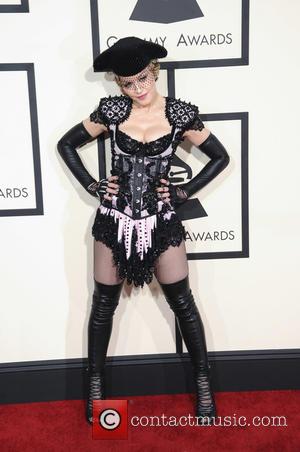 Picture: Madonna - A variety of stars from the music industry all turned out in style to attend the 57th Annual Grammy Awards in Los Angeles,...

Madonna is refusing to let her feud with Lady GaGa go, because she still feels the Poker Face hitmaker "blatantly ripped off" one of her songs.

The two provocative pop stars have been waging a war of words ever since Madonna took aim at Gaga over the similarities between her hit Born This Way and the Material Girl's Express Yourself.

The back and forth even included Lady Gaga poking fun at the feud during an appearance on U.S. comedy show Saturday Night Live.

At the time, Madonna said, "She's a very talented artist. I certainly think she references me a lot in her work. And sometimes I think it's amusing and flattering and well done. There's a lot of ways to look at it. I can't really be annoyed by it... because, obviously, I've influenced her."

Now, in a new Rolling Stone magazine interview, the Papa Don't Preach hitmaker has lashed out at Gaga again, after telling the publication, "We live in a world where people like to pit women against each other, and this is why I love the idea of embracing other females who are doing what I'm doing. It's important for us to support each other."

She adds, "The only time I ever criticized Lady Gaga was when I felt she blatantly ripped off one of my songs. It's got nothing to do with 'she's taking my crown' or 'she's in some space of mine'. She has her thing.

"I do think she's a very talented singer and songwriter. It was just that one issue."

But Madonna does feel the media has overblown her Gaga feud, stating, "Everybody's obviously run with it and turned it into a huge feud, which I think is really boring, quite frankly. I don't care anymore.

"Here's the thing: One day, everyone's just going to shut up about it. You'll see! I have a plan."