Madonna's set was delayed by an hour at Manchester Arena on Monday night, but fans were angry that no announcements were made.

Madonna told some disgruntled fans to “shut the f*** up” after she arrived an hour late on stage at her latest Rebel Heart tour stop in Manchester this week.

Video footage posted online by a fan present at the gig, at Manchester’s Evening News Arena on Monday night (December 15th), shows the 57 year old star addressing disquiet among the crowd, who had expected a 9pm start but were kept waiting for an hour with no announcements until she arrived shortly before 10pm.

Doors at the 22,000-seater venue had opened at 6:30pm, but upon hearing the gig would be ending at 11:30pm, many fans reportedly left before the show even started out of anger at the late finish and concern about being delayed getting home. 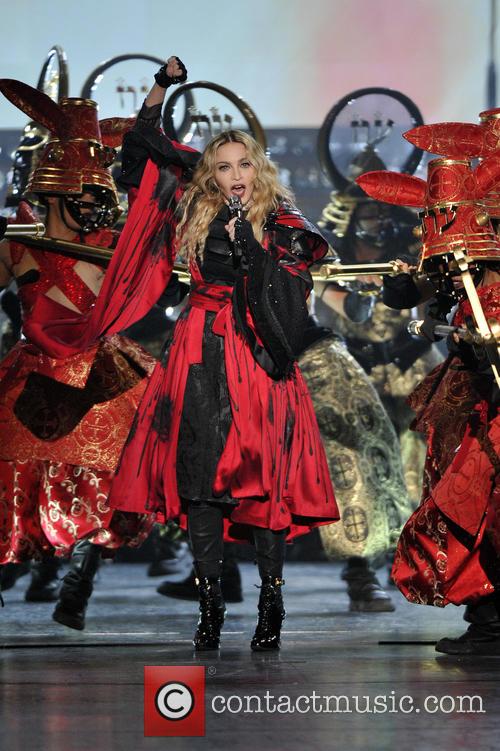 “Over 50mins late at Manchester Arena and no announcements. Not acceptable. People have jobs to go to @Madonna,” a fan tweeted angrily, while another added “#Madonna... seriously late… sort it or retire.”

“I don't like to be late by the way, alright? And all you b*****s who keep complaining about it can shut the f*** up,” she shouted. “I'm not back there eating chocolate, filing my nails and getting my extensions done alright?' she added before explaining that the delay was due to a malfunction with the big screen visuals to accompany the set.

“The video crashed. We had no video and we had to wait until we could reboot. No selfish diva b**** reason. If you diva b*****s want to keep complaining about it don't come to my show,” she said.

It isn’t the first time that she’s caused controversy on the British leg of her latest tour, in promotion of this year’s Rebel Heart album. A fortnight ago, she was accused of using a ‘fake police car’ in order to beat London traffic after her gig at London’s O2 Arena.

More: Madonna invites Graham Norton to dance onstage with her at London gig