Madonna is still reportedly being sued over the song 'Girls Gone Wild' on her new album 'MDNA'. 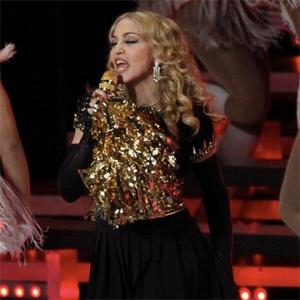 Madonna is still reportedly being sued over a song on her new album 'MDNA'.

JOE FRANCIS still maintains he owns the trademark name of her new track 'Girls Gone Wild' - the name of the adult video franchise he created - after previously issuing her a "cease and desist" letter if she sang the song during her Super Bowl performance on Sunday (05.02.12).

He is quoted by the Daily Mirror newspaper as saying: "We own this trademark in the UK, the US and 40 other countries. And she is in infringement of it."

Despite Madonna leaving the song off her set list during her Super Bowl performance at Indianapolis' Lucas Oil Stadium, Joe is still threatening legal action after pre-orders for the 'Hung Up' hitmaker's album reached number one on iTunes in more than 50 countries.

Following the track list publication for 'MDNA' earlier this month, Joe was upset at the name of the track.

His lawyer explained: "This isn't personally directed at Madonna as a person, this is a business decision. And now she's aware that she stepped over the line.

"If Mr. Francis was producing a product called 'Material Girl', and she had a copyright, I doubt she'd appreciate it."