Madonna's Son Rocco Spotted In New York, But Custody Battle With Guy Ritchie Is Not Over

While reports of the case being settled are "inaccurate", according to Ritchie's lawyer, the two are apparently nearing a custody agreement.

After the best part of six months, it seems as if Madonna’s custody dispute with Guy Ritchie may be nearing an end, as her teenage son Rocco returned to Manhattan this week.

The teenager, who turns 16 in August, was spotted getting coffee with some friends in New York on Tuesday morning (May 31st) before heading to his mother’s apartment. It’s believed to be his first time back in the United States since he quit the Rebel Heart tour in December last year, whereupon he headed to his father’s house in London and had remained there ever since. 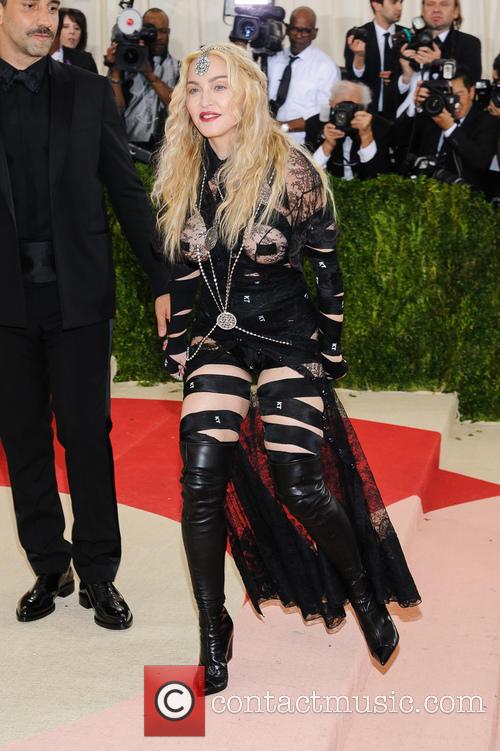 57 year old Madonna and 47 year old Ritchie had been expected to appear in court on Wednesday for a hearing regarding Rocco’s living arrangements, but the case now seems to have been disposed, pending a motion by the New York State Supreme Court.

Having been estranged from her son for nearly four months, with Rocco defying a court order to fly back to Manhattan in time for Christmas last December, it’s been clear that the two have been making progress towards a reconciliation, with Madonna spotted over a month ago in London with her son.

More: Madonna moves towards custody settlement as she visits son Rocco in London

Ritchie’s attorney, Peter Bronstein, told the New York Post today that, although a report published the same day by People magazine claiming the two had settled their dispute was “inaccurate”, the former couple were close to a deal.

“The fat lady has not sung,” Bronstein emphasised, saying that the Manhattan hearing scheduled for today had been re-arranged for June 14th. “We’re close… the case is not settled but we’re very hopeful,” he continued, saying that “hopefully whatever issues remain will be resolved.”

“Rocco is visiting his mother as we speak in New York,” the lawyer added, revealing that the trip was not part of the pending settlement agreement, but was instead “worked out among the family.”

Madonna’s legal team has not commented upon today’s developments at the time of writing.