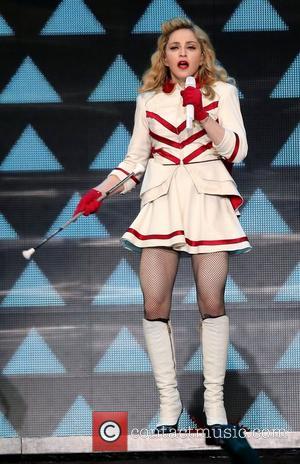 Ironically, the Material Girl was singing the lyrics, "When you call my name it's like a little prayer/I'm down on my knees, I wanna take you there", when she lost her footing and fell forward towards fans at the edge of the stage.

The singer managed to land on her knees and she tried to disguise the mishap by rolling on her back and jumping back to her feet to continue the show without missing a beat.

Madonna is no stranger to onstage tumbles - she famously took a spill while performing the half-time spectacular at the 2012 Super Bowl earlier this year (12).